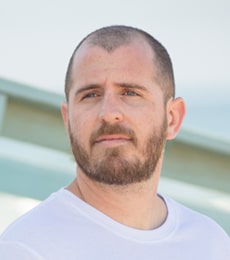 Andrew Laszacs is an Account Executive at Bob Gold & Associates. He’s a vital member on an extensive range of accounts including Corning, zone·tv, Cisco and New Roads School, and has previously worked with Universal Electronics and LIKE. He grew up and still lives in the South Bay area of Los Angeles. Andrew graduated with honors in his major from California State University, Dominguez Hills in December of 2017 where he received his bachelors in Public Relations and Advertising.

While at CSUDH, Andrew was the Director of Public Relations for the student chapter of PRSSA, helped found The One Club and Advertising Club while being an Account Executive for the Toro Tactics Public Relations Firm.

Outside of the office, Andrew can be found hiking, at the beach, or watching the Los Angeles Lakers, Dodgers or the Pittsburgh Steelers play.