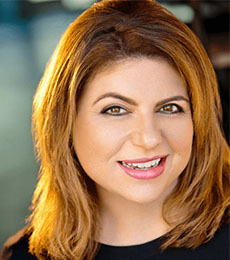 Whether leading publicity efforts for film, television, streaming and or major brands, she shines. And her clients shine too like putting together a campaign that resulted in the 2019 Academy Award for John Travolta for his leading role in “The Fanatic.” She also created innovative campaigns for “Elf on the Shelf,” “Riot Games,” and Hulu’s “Into the Dark.”

Over her 20-plus year career, Prenner has developed an extensive network of high-level media contacts and has an extraordinary eye for strategy leading her clients to win Emmy and Academy Award nominations and high-profile accolades.

Prenner has worked with many cable networks including Epix, AMC Networks, and Starz launching numerous series on their behalf. She has also consulted on Emmy campaigns for NBC hits such as “The Office,” “Parks and Recreation,” and “America’s Got Talent,” and has worked to secure placements and awareness at major film and television festivals for a variety of clients.

She has also worked with national charity organizations including BabyQuest, Life Rolls On, and the Reverse Rett Foundation and educational institutions including UCLA Extension, Santa Monica City College and Fuller University.

Prenner is based in Los Angeles and lives with her husband and son and she may be found on the tennis court in her spare time.