Penthera: Lightning in a Bottle: $10 million in news coverage

Our challenge was how to get a start-up maker of video download-to-go software better known. We advised the client to speak to bigger issues in the space, specifically opining on whether streaming video giant Netflix would reverse its oft-stated position that it would never allow consumers to download content.

We booked a briefing with a well-followed trade reporter, positioning our client as a well-informed insider who predicted that Netflix would adopt downloading by the end of the year. We stressed the news value of this interview above and beyond that of a background interview: the reporter treated it as a major story.

The resulting trade story immediately caught the attention of a reporter from Fortune, who also interviewed the client and found him so credible, he wrote a story based on the Netflix prediction. The two stories ran the same day and together were repeated globally in multiple languages and outlets , earning the client more than $10 million in global publicity. 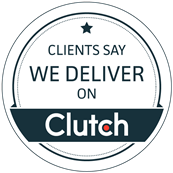