Perseverance in ANY Situation Pays Off 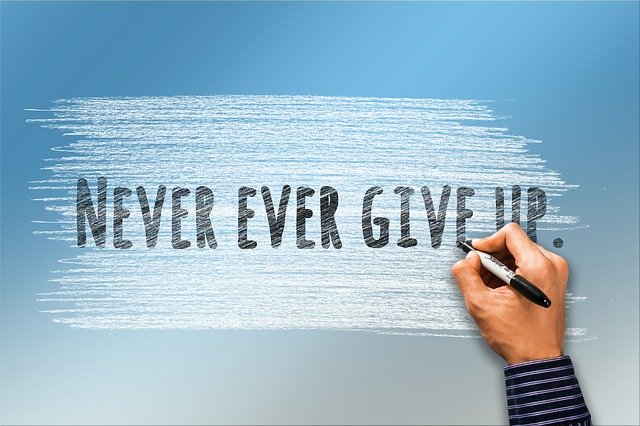 You can count on guaranteed results, not promises. 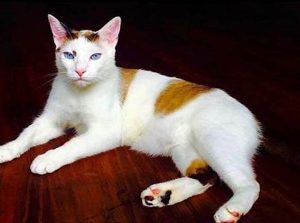 NEVER give up — that’s the adage that has come to be my life motto. Just to put this into perspective, I’ll tell you about a time where I felt the most down but chose to persevere.

A “friend of a friend” was in desperate need of finding a new home for her cat. The catch was that the cat was healing from a recent injury with fresh stitches. But, when she brought the cat over, it was clear that this was far from the truth. His wound was infected with unraveling stitches, exposing his muscle. I had never seen anything like it before, so naturally I asked a myriad of questions.

After feeding me an obvious heap of lies, I ultimately found out that her roommate had a raging anger management disorder, and one day, annoyed by the cat as he endlessly meowed to be let outside, nearly sliced its tail off.

I knew I had to save this cat and agreed to take him in with his fresh stitches, cone around his neck, daily antibiotic regimen, and all. Mr. Whiskers became Maynard and together we persevered as he regained his health and my love.

That’s why on the dreaded day that he went missing, I knew I would NEVER give up on trying to find him. Especially after everything that he and I had been through.

Every day began by waking up early and walking around my neighborhood endlessly shaking his bag of cat treats while calling out his name. I did this religiously for a few weeks then realized I needed to cover more ground in my search efforts.

I hopped into my car every morning before work then right after, covering nearly every nook and cranny that I could. At this point friends and family were telling me to give up, but I knew that was not an option.

That’s when I created an account on a neighborhood hub app that allowed me to connect with my neighbors. Trouble is that a cat can be in one spot one second then someplace else the next. So, I decided to go “old school” and started hanging laminated posters throughout my neighborhood and surrounding areas.

Then, at the six-month mark of my search efforts, I received a phone call from a nearly 90-year-old man who had seen my poster and was positive that my cat popped around his place every morning to steal his cat’s food.

That following morning, we staked out his backyard as he put a can of cat food on the ledge of his brick wall, saying — “sometimes, we just have to wait it out.”

So, we did just that as we sat down with our cups of coffee while his curious cat roamed around us. Without realizing it, in the midst of my long search for my cat, I made a new friend.

I learned about his days in the U.S. Army while serving during WWII; his move to California with his beloved and now deceased wife; how wonderful his children and grandchildren are; and just life in general.

Then, mid-conversation, my long-lost cat appeared. I couldn’t believe my eyes. When he asked if that was him, I held back tears, replying — “Yes!” He could feel my sense of relief and we were both equally elated.

As my wise new friend had said — “sometimes, we just have to wait it out.” And, man, oh, man, how glad I was that I had done so!

Anytime I find myself feeling down, I remind myself that by staying patient, resilient, and NEVER giving up, I was rewarded with not just my cat back in my life but a new friendship too.