Better Late Than Never: Facebook Works on Its Reputation 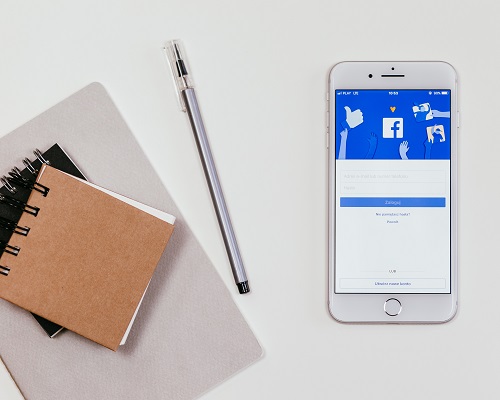 You can count on guaranteed results, not promises.

Facebook’s made its share of crisis-communications missteps over the past two years.  Among other stumbles, the company has been accused of slow responses to various reported breaches and allegations.  These include data-protection lapses resulting from its involvement with Cambridge Analytica, as well as sharing of personal data with device manufacturers including Apple and Amazon, and inflating video-view metrics in its dealings with advertisers.

But this isn’t to pile on.  Actually, the opportunity remains – as it always does for companies with substantial resources, frankly — to repair its reputation substantially…perhaps even to net out ahead of the game.
But first, let’s cry over a bit of spilled milk.

Facebook, like so many companies that achieve market dominance, has long been the target of critics. It hasn’t helped that legacy media organizations feel frustrated by the social network’s ability, alongside Google, to soak up most digital ad spending, even as the platform uses much of their original content to draw traffic.

According to eMarketer, nearly 60% of all 2019 digital advertising dollars are expected to go to these two companies, Facebook and Google; about 15.5% is projected to go to Amazon, Microsoft and Verizon…leaving the remaining portion – less than a quarter of the pie – to be fought over by countless other digital-ad sellers, including the many legacy media companies scrambling to offset the sagging flow of ad dollars to their traditional platforms.

In short, Facebook has long needed “friends.”  So, when it got rough for the social network starting more than a year ago, there seemed to be little sympathy. Just the same, Facebook had the opportunity to seize the narrative quickly toward its advantage – and the playbook has been there for decades.  It’s the cornerstone crisis-communications example of the mid-1980’s Tylenol scare and Johnson & Johnson’s now-textbook response.

After it was learned in 1982 that Extra-Strength Tylenol had killed a number of consumers, J&J CEO James Burke was faced with difficult decisions.  No doubt he was receiving advice from legal advisers to say virtually nothing in response to the crisis.  Fortunately, he listened to the advice of public relation’s experts who helped him understand the need to communicate in order to save his brand.

First, J&J smartly made it clear that it was the victim of an attack.  Then the company undertook great expense to remove the product from all shelves and to re-tool all new bottles with the tamper-proof protective sealing we all know today.  And at every step of the way they communicated with all their constituents – current and prospective Tylenol consumers, distributors, retail stores, regulators, politicians, shareholders, the media and others.  The result was that Extra-Strength Tylenol – and J&J – came back stronger than ever.

Had Facebook taken a similar route from day one – namely, acknowledge that it had been the victim of hacks, and that it would staff human curators, reinforce security protocols and to do essentially whatever it would take to earn back the trust of its users – then the narrative over the past year may have been different.  As it is, calls have grown for Facebook to be regulated – a near-nightmare-scenario outcome for this publicly traded company.

Nevertheless, it’s not too late for a company with Facebook’s resources to polish its image.  Mark Zuckerberg’s obviously a very intelligent guy; he listened to his advisers and he acquitted himself deftly during his 2018 Congressional hearings.

But it’s actions more than words that truly sway consumers, regulators and legislators, and Facebook has been taking action as well.  In an arguably overdue olive branch to the legacy journalism sector, Facebook has committed to invest $300 million in local-news initiatives.

And most recently, Zuckerberg has sought to get out in front of the issue by calling for a greater role for government – of course, on terms he finds more palatable.  “Facebook already publishes transparency reports on how effectively we’re removing harmful content, he wrote in a March 30th Washington Post opinion piece.  “I believe every major Internet service should do this quarterly, because it’s just as important as financial reporting.”

However belated, it’s all a step in the right direction towards brand recovery.